What are meme coins and how do they work? 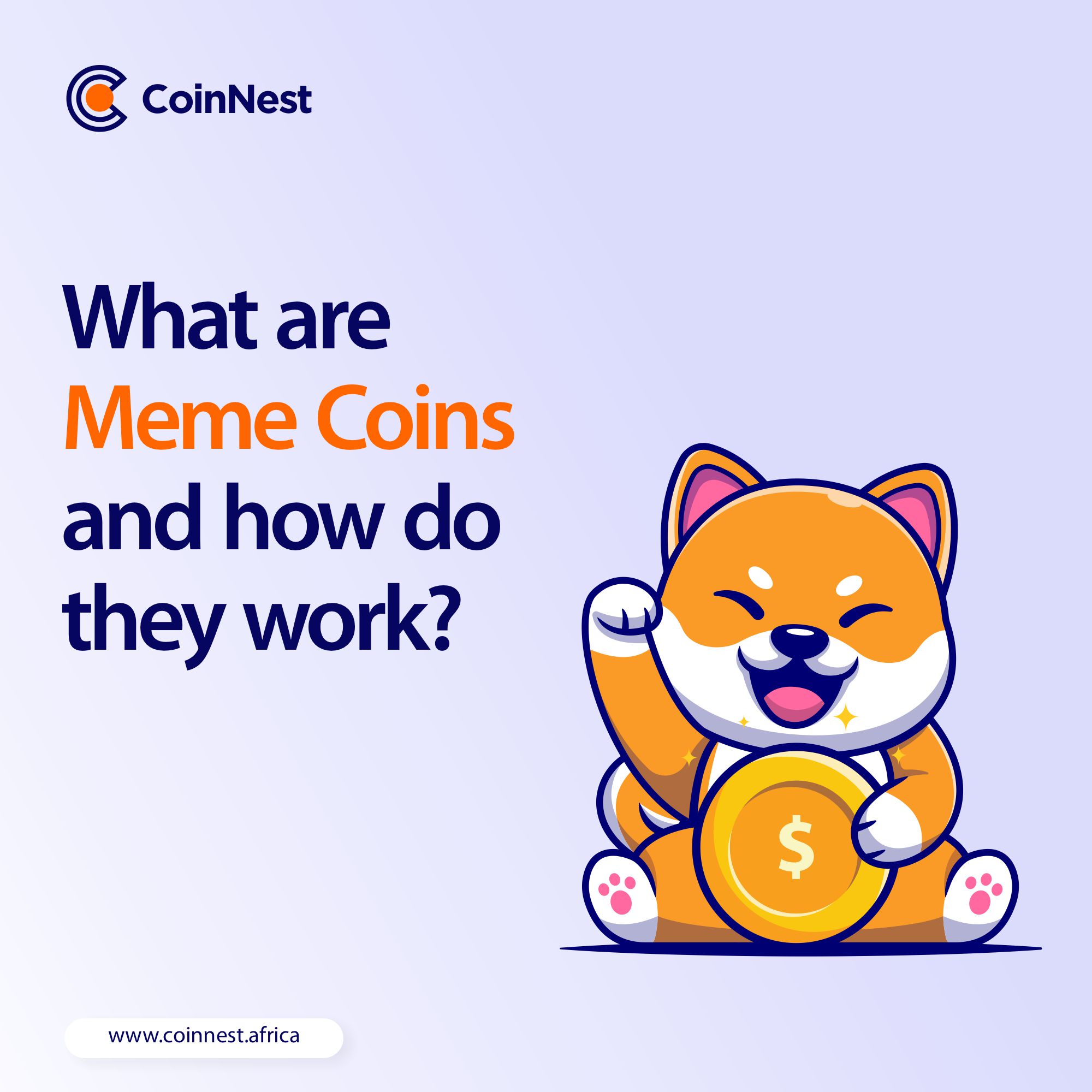 Although most people are familiar with Bitcoin, it isn’t the only cryptocurrency available.

Over the last couple of years, meme-based currencies like Dogecoin have spawned a slew of fanatics and imitators, including Shiba Inu, Dogelon Mars, Samoyedcoin, and Doge Dash, among others.

Despite the fact that quite a number of them were created as a joke, these coins have gone on to show that they also possess the potential to become mainstream.

Dogecoin, for example, saw a large increase in value in May 2021 before levelling down, and according to CoinMarketCap, it is presently placed eleventh in terms of market capitalization.

Still, somehow, the value of these coins is never particularly high—Dogecoin is now worth roughly $0.15 per coin.

So, should you take meme coins seriously?

Before you invest, here’s are some things you should know.

Don’t take them too seriously

Meme coins, in a nutshell, are cryptocurrencies based on online jokes and memes. These cryptocurrencies aren’t supposed to be taken seriously, but they can nevertheless gather traction when members of the community invest in the latest one to join in on the joke.

When the coin becomes popular and its value rises, ordinary investors may hop on board, boosting the coin’s worth even more. The popularity of various meme currencies is also boosted by prominent internet characters and celebrities. Elon Musk is perhaps the most well-known example, and there’s even a Dogecoin fork called Floki Inu named after Musk’s genuine pet dog.

Meme coins often have a very high or unlimited supply:

Unlike Bitcoin, which was engineered to have a limited amount of units to mine, meme coins frequently have billions of units in circulation. Meme coins also lack a mechanism that “burns” or permanently eliminates coins from circulation, thus the numbers continue to rise.

As a result, their value per unit is typically relatively low. At the time of writing, one dollar would buy around six Dogecoin, and other meme coins like SafeMoon are worth even less—currently $0.0000014 USD. Because anyone can buy a big number of meme coins rapidly, the low price is one factor contributing to their popularity.

Any Tom, Dick or Harry can launch one

Thanks to software that does most of the heavy lifting, making meme coins is now possible for almost anyone. The little effort lends itself to the meme-like aspect of these coins since they can be made rapidly to fit whatever theme is popular at the time.

Risks of Investing in Meme Coins

They are extremely volatile

Meme coin prices can be extremely unpredictable due to their reliance on community emotion and arbitrary outside influences such as celebrity tweets. While this means a meme coin’s value might skyrocket, as it did with Dogecoin, it also means it could crash swiftly if and when the community loses interest and moves on.

Some are created with the intention of defrauding people.

Some people have also developed viral crypto in an attempt to defraud people. Taking advantage of the viral success of Netflix’s Squid Game, a Squid Game-based coin soared in value by millions of percentage points to over $2,000 USD before the founders sold their units and vanished with everyone’s money.

Many meme coins aren’t powered by the same technology as established cryptocurrencies like Bitcoin, and they don’t have any kind of ecosystem to back them up. Only two of the most popular meme coins employ tested blockchains: Dogecoin’s protocol is based on Litecoin, while Shiba Inu was created on the Ethereum blockchain.

They are largely worthless

Outside of the cryptocurrency sector, most of them are likewise largely worthless. For example, no one accepts SafeMoon as a method of payment for products and services. Because of their temporal nature, most meme coins are unlikely to last more than a couple of years. Even if they are, their worth will most likely be negligible.

While it is possible to profit from meme coins, there is never a guarantee. These cryptocurrencies are even more volatile than conventional cryptocurrencies, and their value can drop in an instant.

Do your homework before buying meme coins, just like you would with any other financial investment. Be wary if the coin has no history and information on it is difficult to get by. Even the most popular money could turn out to be a rip-off in the end. A lack of a whitepaper or established ecosystem, as well as a whitepaper littered with typos and imprecise assertions, can be red flags.

However, given how inexpensive they are, you may still get a decent lot for a small investment. Just keep in mind that you’re probably only going to get a few bucks back on your investment. Never spend more money than you can afford to lose, no matter what you do.