AN INTROSPECTIVE INTO BITCOIN

Bitcoin is a decentralized digital money. Bitcoins are issued and managed without any central authority whatsoever: There is no government, company, or bank in charge of Bitcoin.   Unlike traditional currencies such as dollars, Bitcoins are issued and managed without the need for any central authority whatsoever.

With the largest Bitcoin wallet platform in the world, Blockchain’s software has powered over 100M transactions and empowered users in 130 countries across the globe to transact quickly and without costly intermediaries.

Bitcoin is the largest cryptocurrency measured by market capitalization and the amount of data stored on its blockchain. The Bitcoin software is free and available online to anyone who wants to run a Bitcoin node and store its own copy of the Bitcoin blockchain.

As Bitcoin matures, engineers have designed additional protocols to improve the speed and privacy of Bitcoin transactions, including the Omni Layer, Lightning Network, and Liquid Network. It is predicted approximately, only 21 million Bitcoins will ever be created. New coins are minted every 10 minutes by Bitcoin miners who help to maintain the network by adding new transaction data to the blockchain.

The Bitcoin price is prone to volatile swings; making it historically popular for traders to speculate on. Follow the live chat about the Bitcoin price on www.coinnest.Africa 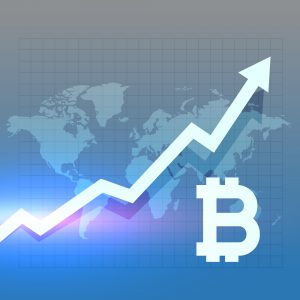 Using the real-time chart, and read the latest Bitcoin news and forecasts to plan your trades, for buying and selling.